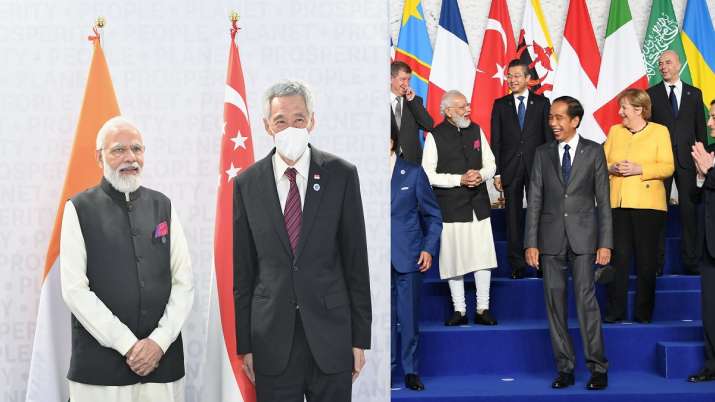 The PMO wrote in the tweet, “On the sidelines of the G20 summit in Rome Prime Minister Narendra Modi Interacted with many leaders.” Joe Biden He can be seen walking with her in which it seems that they are having a light conversation. Both the leaders can be seen in a happy mood. Biden had hosted Modi at the White House on September 24, which was his first personal meeting. In other photographs, Modi can be seen with Macron, Trudeau and Johnson. Earlier, all the world leaders, including Modi, who was attending the G20 summit, gathered for a ‘family photo’. Apart from this, Prime Minister Narendra Modi also met the Prime Minister of Singapore, Lee Hsien Loong. 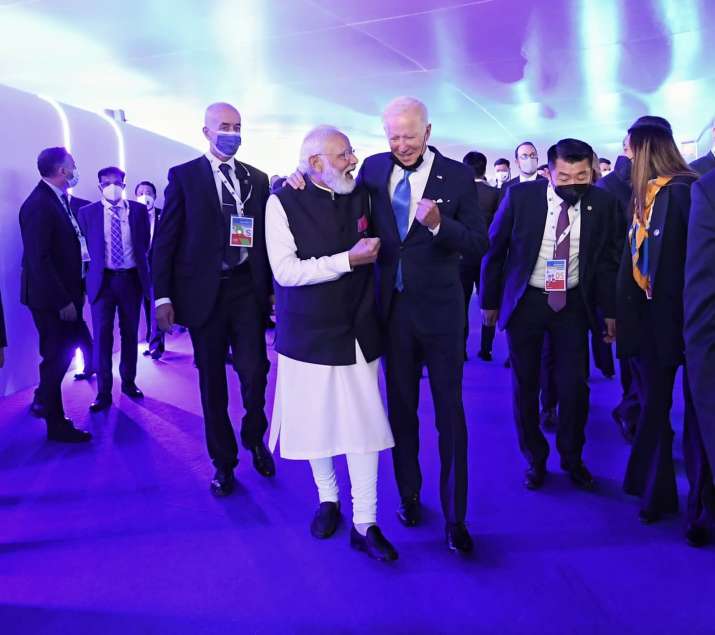 In another tweet, the PMO said, “World leaders meet in Rome for the G20 summit. It is an important multilateral forum for global good.” Ahead of Prime Minister Modi’s visit to Rome, Foreign Secretary Harsh Vardhan Shringla said that the G20 is an important platform for India’s engagement with the world’s major economies and for making rules for global economic growth. A valuable platform.

PM Modi Italy Will be visiting Rome from 30-31 October to attend the G20 summit at the invitation of Prime Minister Mario Draghi. Italy has been the chairman of the G20 since December last year. The G20 is a leading global forum that brings together the world’s major economies. Heads of State and Government of the G20 member states, the European Union and other invited countries and representatives of many international organizations will participate in the conference in Rome. Modi will travel from Rome to Glasgow on Sunday where he will attend the 26th Conference of the Parties to the United Nations Framework Convention on Climate Change (COP-26). 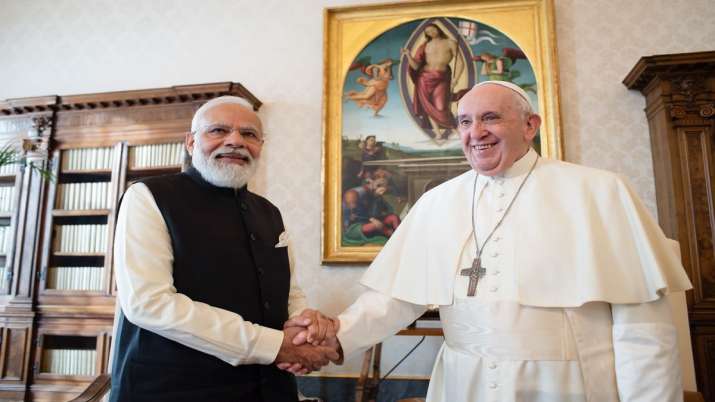 Prime Minister Narendra Modi said on Saturday that he had a “very warm meeting” with Pope Francis and discussed various issues, including the challenges posed by COVID-19 and climate change, with the head of the Roman Catholic Church. Also invited him to visit India soon. Modi is the first Indian prime minister whom Francis has met since becoming Pope in 2013. 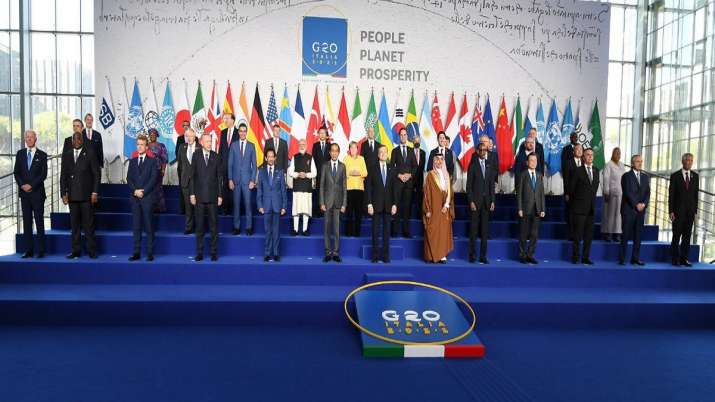 This is the first meeting of an Indian Prime Minister with the Pope in the last two decades. Earlier in June 2000, the then Prime Minister Atal Bihari Vajpayee met the then Pope John Paul II at the Vatican. Significantly, diplomatic relations between India and the Vatican were established in the year 1948 and since then the two countries have had friendly relations. India is the second country in Asia with the largest population of Catholic Christians. 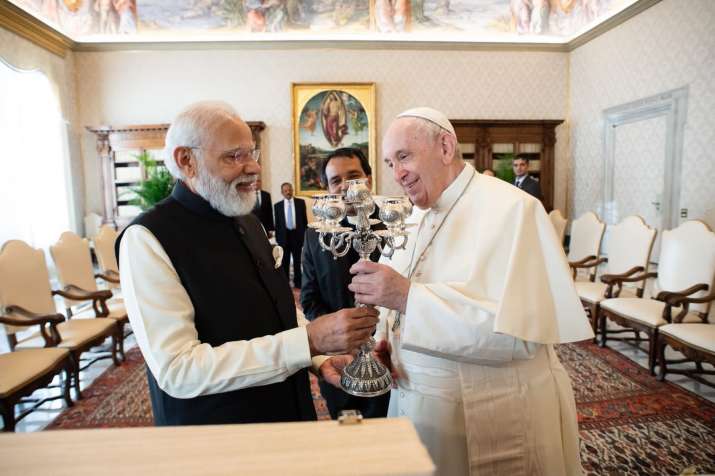 Modi presents a silver candelabram and a book to the Pope

Prime Minister Narendra Modi on Saturday gifted him a specially made silver candelabrum and a book on India’s climate initiative during his first one-on-one meeting with Pope Francis, the supreme leader of Catholic Christianity. Presented. Modi told the 84-year-old pope that the candelabrum has been specially crafted and the book is on climate change, a subject close to his heart. According to Vatican news, the prime minister presented a specially made silver candelabrum and a book titled ‘The Climate Climb: India’s Strategy, Action and Achievement’ to the head of the Roman Catholic Church during the meeting that lasted for about an hour. 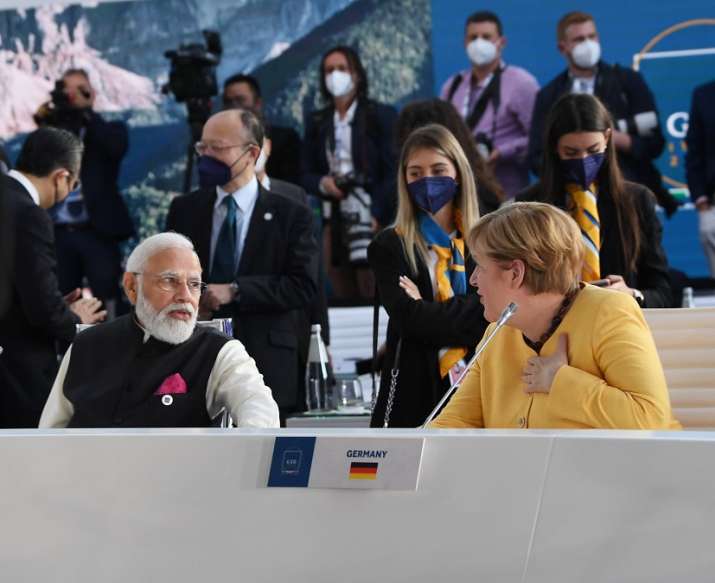 The Pope also sent a bronze letter to Modi with ‘Desert Garden Banega’, sections of documents related to the Pope, his message for world peace and the document on human fraternity signed by the Pope and Chief Imam Al Azhar on February 4, 2019. Presented per.