Digital Desk, Dubai. Chennai Super Kings defeated Delhi Capitals by 4 wickets in the first qualifier match played at Dubai International Cricket Stadium. With this win, Dhoni Brigade has entered the final of IPL 2021. Chennai achieved the target of 173 runs from Delhi with two balls to spare. In the last over of Tom Curran, Dhoni gave his team victory by hitting three consecutive fours. Rituraj Gaikwad scored 70 and Robin Uthappa scored 63 runs. Tom Karan took three wickets in the bowling for Delhi. Earlier, opting to bat after losing the toss, Delhi Capitals scored 172 runs for the loss of 5 wickets on the basis of 60 runs by Prithvi Shaw and 51 runs by captain Rishabh Pant. Josh Hazlewood took 2 wickets for Chennai in the bowling. Delhi Capitals have yet another chance to reach the final and will take on the team that wins the Eliminator in Qualifier 2 on October 13.

Rayudu run-out, this third blow to Chennai in the last two overs, CSK-119/4

Shardul out after Uthappa, Tom Karan gave two blows to Chennai in the same over, CSK-117/3 after 14 overs

Gaikwad welcomes Rabada with a six, CSK-34/1 after 4 overs

Du Plessis out, Norkhia gives a blow to Chennai in the very first over, CSK-8/1 after 1 over

Chase begins, Gaikwad and Du Plessis at the crease, ball in the hands of Norkhia

Great batting by Pant-Hetmyer, 12 runs removed from Hazlewood’s over, DC-154/4 after 18 overs

First blow to Delhi, Shikhar Dhawan out, DC-36/0 after 4 overs

Josh Hazlewood got Shikhar Dhawan caught behind the wicket by Mahendra Singh Dhoni. Dhawan scored 7 runs off 7 balls with a four.

Prithvi’s first six of the innings came off the bat, DC-15/0 after 2 overs

Qualifier 1 starts, Shikhar Dhawan and Prithvi Shaw at the crease, Deepak Chahar’s ball in the hands

A look at the Playing XI for #Qualifier1

We are fine with the toss, but we also have to bowl first. A little nervous, but it’s part of the game. One change for us – Tom Curran will replace Ripple Patel. When you win the game, the confidence level is high, but we will not take the match lightly.Rishabh Pant, DC Captain

Forget what happened till now, what will happen in this week will be recorded in the pages of history. The final phase of IPL has started from today where the young fighters of Delhi will take on the experienced warriors of Chennai. This means that this week we will get the winner of Season-14. Now the big question is will we get a new IPL champion this time?

If the figures are to be believed, then Chennai has the upper hand.

Delhi finished this season on top of the league stage while Chennai Super Kings finished second, but the one who wins today will directly qualify for the final while the losing team will be given another chance to enter the final.

Talking about this season, Delhi has beaten Chennai in both the league games. But the team of Delhi Capitals and Chennai Super Kings have faced each other 25 times in IPL so far. During this, Dhoni’s team has defeated Delhi 15 times, while Delhi has won 10 matches. That is, if we talk about the overall record, then Chennai has the upper hand in this match. Chennai has a lot of experience of playing in the playoffs and has been through to make it to the last four only once in IPL history.

This is also New Delhi 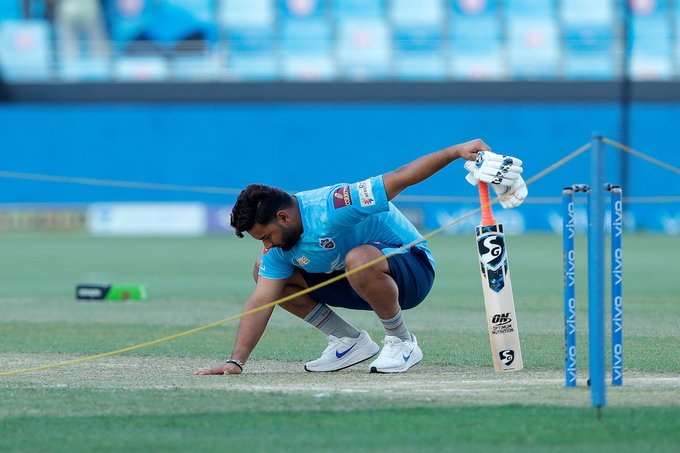 Delhi Capitals, who traveled till the final last year, impressed everyone with their performance this time and the team is now being considered as a strong contender. The biggest hand behind the success of Delhi is the bowlers who destroyed the best batting order on the basis of their strong performance.