Dubai:In a very exciting match between Pakistan and Afghanistan, Pakistan registered their third win of the tournament and took another step forward for the semi-finals. took.

ON ABSOLUTE FIRE ASIF ALI U ROCK IT MAN…#PakvsAfg pic.twitter.com/nVIZazdkgq

Afghanistan posted a challenging 147 for six in 20 overs thanks to the brilliant innings of captain Mohammad Nabi (35 not out) and Gulbadin Naib (35 not out) and a crucial unbeaten 71 for the seventh wicket partnership between them while Pakistan posted a challenging total of 147 for six in 20 overs. The victory was won by scoring 148 runs for five wickets in the over. Asif Ali hit four sixes in the 19th over of Karim Jannat’s innings and became the player of the match for his unbeaten 25 off seven balls.

Batting first after winning the toss, Afghanistan made a poor start in the powerplay, losing their four wickets for 39 runs in 5.1 overs. Afghanistan lost their six wickets for 76 runs in 12.5 overs but Nabi and Naib then put on a great partnership to take the team to a fighting score. But in the end the score of 147 was not enough. Chasing the target, Pakistan lost Mohammad Rizwan to the team’s score of 12. Rizwan scored eight runs. Azam shared a 63-run partnership with Fakhar Zaman for the second wicket, but lost his five wickets on his way to 124.

During this, the spinners of Afghanistan put pressure on Pakistan while bowling well. Fakhar Zaman 31, Mohammad Hafeez 10 and Shoaib Malik were dismissed for 19 runs. Malik hit a four and a six in his 15-ball knock. Rashid took his 100th T20 wicket by dismissing Mohammad Hafeez and then bowled Babar Azam off the last ball of his spell. Azam scored his second half-century in this World Cup. Azam hit four fours in 51 runs off 47 balls. Malik was dismissed for the team’s score of 124. 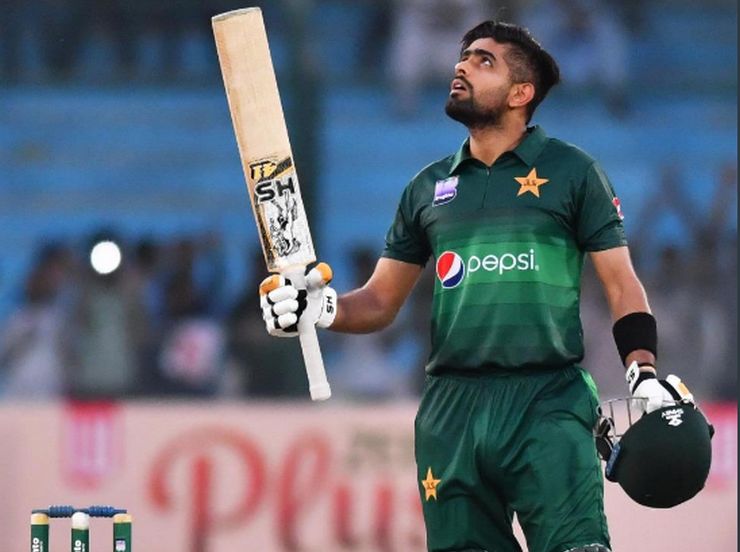 On the field, Asif Ali, hitting four sixes in the 19th over of Jannat’s innings, ended the match an over before and became the Player of the Match for this stormy innings.